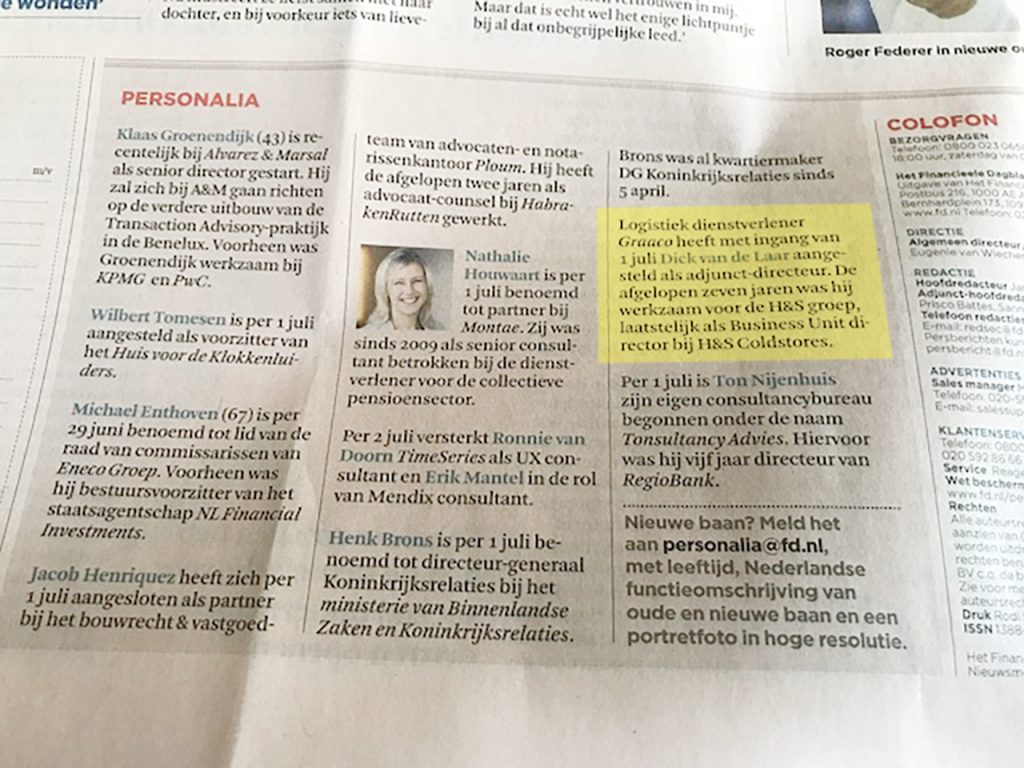 On Sunday 11 December 2016, Ben Blog was interviewed as a guest of the programme ‘Ondernemend’. ‘Ondernemend’ is a monthly socio-economic TV programme broadcast... read more

Launch of new rail shuttle by Avebe and Graaco

On 24 November 2015, Avebe and Graaco launched their new rail shuttle. Via the links below you can access online articles: read more

Graaco has expanded its Agrologistics Centre in Coevorden. On 1 September 2015, a new 5,000 m<sup>2</sup> warehouse was opened. This is a food grade-built... read more